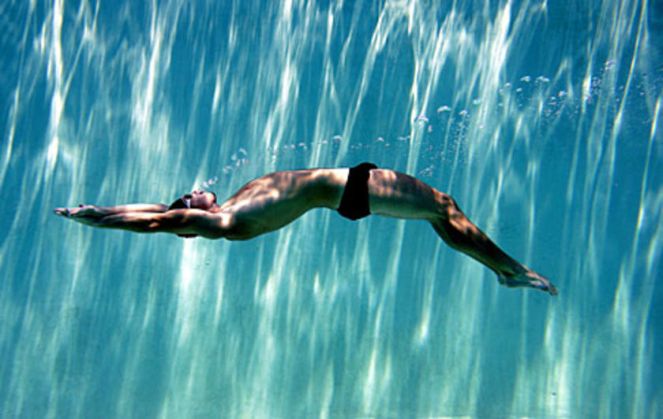 I was watching the US World Championship Trials on TV, and was struck by a comment during one of the men’s backstroke events.  The commentator noted the long history of US men dominating backstroke events, and this is certainly true.  The last time the US men lost an Olympic backstroke event was back in 1992.  That’s 6 straight Olympics of winning both the 100 and 200.  And the list of winners is certainly a who’s who of swimming.  Ryan Murphy, Matt Grevers, Tyler Clary, Aaron Piersol, Ryan Lochte, Lenny Krayzelburg, Jeff Rouse, Brad Bridgewater.

But the comment that interested me was given in response to being asked why the US men have done so well. The answer was that that it was due to the culture of US winning at backstroke.

While this may be part of the reason, it struck me as being too simple.  Why would individual male backstrokers, situated in different parts of the country and with different coaches, have a culture that is markedly different and significantly more successful than any of their teammates?

So I went to the data.

In my last post (here), I reviewed Short Course-Long Course conversion rates for different countries/regions and different strokes based on their SC (metre) and LC records.  For the US, I used SCY (yards) as those records are far faster than their SCM records, even if we add 10% to allow for the distance conversion. And what jumped out at me like a slap in the face was the conversion rate for male backstrokers.  And even more so, US male backstrokers. (Converson rates below are the average rates derived from World, European, American, Canadian and Australian SC and LC records.

We can see that backstroke has the highest conversion rates, but what’s so different about that stroke?  My last post explains this in a little more detail, but basically its due to two main factors: the flip turn, and speed differential between the underwater phase and the swimming phase.

Notice also that the men’s conversion rates are much higher than women’s rates. I can only speculate here, but it looks like the physical turn movement plus the underwater portion must have a large strength component which favours the men.

Now let’s take a closer look at just the backstroke data.  The chart below shows the backstroke conversion rates for each region based on the 50, 100 and 200 backstroke SC and LC records.

We can see here that the US men clearly have the highest SC-LC conversion rate for backstroke.  Which is just another way of saying that the US men must have the fastest turns and underwater portions.

Notice also that the US women do not have a similar advantage over the rest of the world. As mentioned above, this may be because success in turns and underwater appear to be more strength oriented, and therefore favours men.

So what is there about the US men that would make them better at turns and underwater than anyone else?

The answer seems obvious – their incredibly popular and successful short course yard high school and college programs. Ultimate success in those programs is completely dependent upon having phenomenal turns and underwater.  And as shown above, these skills matter far more in men’s backstroke than any other stroke.

(As an aside, if you look at the above chart you’ll see the Canadian men with a surprisingly low SC-LC conversion rate. I can only speculate here, but Swimming Canada’s choice to de-emphasize SC swimming, and to eliminate SC championships at the national and provincial levels probably plays a big role here.  Essentially, there is far less emphasis on turns and underwater in Canada than in other swimming countries.)

Lastly, even though significant in SC swimming, is it fair to say that turns and underwater can be a significant factor in LC swimming?  Considering the often razor-thin margins between top swimmers in world competitions, it seems fair to say that an advantage in that area could tip the scales.

But still, let’s look at the data to check this assumption.

The World Championships have included 50s of Fly, Back and Breast since 2001.  This is important as the 50 LC has no turns, and therefore the Americans should have no advantage. If this assumption is correct, we should see far less success in the 50 than in the 100 and 200.

And here we see it. In the 50 metre event, the US men have only won once, while winning 4 of the 100 metre events and 7 of the 200 metre events.  The same type of thing is seen if we look at medals:  3 versus 8 and 12.  It may also be important to note the increasing success for the US men as the number of turns/underwaters in the race increases.

I also included the women’s gold and medal counts for backstroke to use as a comparison. These numbers don’t show dominance at any distance, but interestingly do show the same improvement in success with increasing number of turns/underwaters. It would appear the US Women also benefit from the cultural emphasis on SC, although to a much smaller degree than the men.

The US system places a huge emphasis on SC in high school and college, ensuring that American swimmers, and especially American male backstrokers, can only excel if they are phenomenally good in those areas.

It is quite possible that these turn and underwater skills give American men an important edge in LC international events, and possibly a much smaller edge to the American women.

One thought on “My Take On Why American Men Dominate Backstroke”