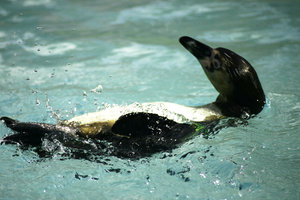 I still remember this phrase from my university coach in my freshman year. It’s such an appealing idea. The Lazy Way to Get Faster. Who could argue with that?

I have to admit that I distrusted the idea at first. Swimming is known for fast freshmen, and of course being teenagers we already knew everything. So being casually told that we could get faster by being lazy was beyond my suspension of disbelief.

However, I can honestly say it works. As long as your definition of lazy is a bit loose.

The idea is that by the time you get to university, any increases in actual swimming speed will take a very hard work. Months and months of very hard work. However, the non-swimming part of races was a different matter. My coach confidently predicted that we could drastically improve our times just by getting better at starts and turns. (These days I’d add underwater kicking but my swim career predated that invention.) 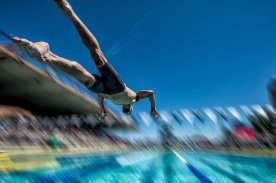 He was right, of course. We spent a lot of time improving our starts and turns, and gained significant time reductions in the process. Far bigger time reductions than we could possibly eke out of the swim portions of our races. So while lazy may not be the correct term, it was infinitely easier to get faster through improvements to starts and turns than through swimming. Unfortunately, all of our competitors worked on this as well, but at least we were all a lot faster while we raced each other.

This all came home to me at our meet this weekend. One of our boys had broken his wrist 2 months ago (see my post on this here), and the cast only came off a couple of weeks ago. He spent the time training surprisingly hard on his kicking and underwater while he had the cast on, and continued that work once the cast was off. We still didn’t expect much as his wrist still wasn’t full strength yet. Except that he killed everything he swam with huge PBs, and it was all done with his underwater. He was actually using the lazy way to get faster. Breaking his wrist was literally the best thing that could have happened to his swimming. In less than 2 months he had made a huge leap forward.

My university coach was certainly right, although lazy may not be quite the right word. But working on starts, turns and underwater is certainly the easiest way to get faster.

The Lazy Way to Win a Race

My university coach also taught us the lazy way to win dual meet races. And it was brilliant. This really only worked for middle to long distance, although I did see it used occasionally in 200s. The key is that we often had to swim multiple events in a short dual meet, and throwing all your energy into one race made scoring points in the remaining races very difficult.

My coach’s idea is simple in concept, but requires some tough training to be able to do it. If you find yourself in a close race you only have a couple of options.

1) Up the pace and try to burn the competitor off, although this uses up a lot of energy you may need in your next race.

2) Try to outsprint them at the end, although this also requires you to use up a lot of energy.

3) Break their will with a mid-race burst of speed.

To carry out this last strategy, you pick some time near the middle of the race. Then starting at the flags, full sprint into the wall, kill the turn, sprint the next length, kill the turn, and then relax a bit. If you take them by surprise you can easily pick up a couple of body lengths on them, and chances are you’ll have broken their will. Remember, they too have more races coming up. More than likely they’ll make a token attempt to catch up and then give up. The only down side to this strategy is that you have to train this often in order to make that sprint effective.

You know, some of the coaches back then really knew what they were talking about! 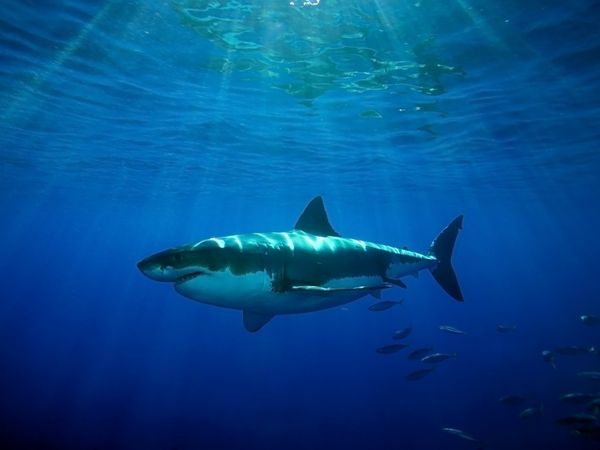 2 thoughts on “The Lazy Way to Get Faster”