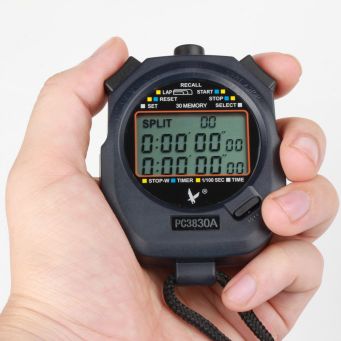 This may sound like heresy, but we in the swimming world have an unhealthy obsession with Personal Bests, or PBs.  There. I said it.

So, let’s get right to it.  When is a PB not the best measure of a race? There are many reasons, but let’s touch on the highlights:

Even in major meets there are reasons why a PB is not necessarily the goal:

And let’s flip this on its head and consider a related question.  When is a PB not necessarily a good swim?  Here are two common reasons:

OK, we’ve established that a PB may not be the best measure of a race. Now we can explore how this hurts the swimmers.

I’m sure all coaches have had swimmers come back from a fantastic race, and been so focussed on the time that they can’t see the good and bad things about the race. They don’t realize that their attitude defeats the whole learning and experiential purpose of the race.  Did they realize their underwater was better? Or that the 3rd quarter of the race was much faster. Did they notice that they developed a new stroke problem coming out of the turns?  Or did they just notice the time?

Parents actually have the most potential to derail the process.  I’ve seen great coach / swimmer post-race analyses destroyed by parents questioning their swimmer. “What happened?”  or “You weren’t trying, were you?” or “Better luck next time.”  I’ve also seen parents bribing the kids with money for every PB (ensuring the swimmer will only focus on PBs). I acknowledge that parents probably didn’t know the race goal ahead of time, but they don’t need to know it. Their job is to support their swimmer no matter what. (Repeat after me.  “I love to watch you swim”)

So what’s the take away from all this?  Basically, all of us, swimmers, parents AND coaches should start looking beyond the race times, and think about what the goal of the race was.  Often, it has nothing to do with a PB.

One thought on “Our Unhealthy Obsession with Personal Bests”